20 Fascinating Facts About Chatbots: From How They Work to What They’re Used For 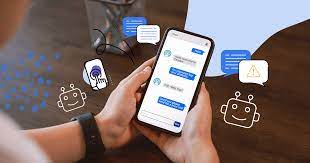 Chatbots are everywhere. Whether it’s a simple “hello” on Facebook Messenger or a full-fledged virtual assistant like Siri or Alexa, chatbots have changed the way we interact with technology—and each other. But what is a chatbot? How do they work? And how can you use them for your business. Here are 20 fascinating facts about chatbots.

Chatbots have officially been around for 50 years, and the technology is used in more ways than ever.

The first chatbot was created in 1964 and called Eliza, a computer program designed to mimic the speech patterns of a psychotherapist. It was only able to respond with canned responses, but it nonetheless became an important tool for scientists to study human language and communication. In the years since its creation, chatbots have evolved into more complex tools used for everything from customer support to sales tactics.

Chatbots are now used by companies and individuals alike. they can help you book flights or hotel reservations; purchase movie tickets; order food from restaurants through your phone. receive recommendations on what books or movies you might want based on past activity. access health information such as steps taken or calories burned during exercise sessions. send messages through social media accounts like Facebook Messenger or Twitter direct messaging platforms without having to login yourself. get driving directions while in a car without getting lost (or worse yet—stuck in traffic); and even make online purchases without ever having to enter credit card information again.

The first chatbot was created in 1966.

You might not have thought it, but you’ve probably interacted with a chatbot before. The first chatbots were created in 1966 by computer scientist Joseph Weizenbaum to help automate certain tasks and interactions on computers. Eliza was the first of these programs, which only had a few lines of code and could respond to human speech. It was meant to be used as an artificial therapist, but people quickly figured out. that they could trick Eliza into having long conversations with them just by typing random words at it. And so began the history of the chatbot.

You can actually still talk to Eliza today—it’s been ported over to all sorts of different platforms over the years (including Facebook Messenger). Here’s how it works:

The term “chatbot” was only coined 19 years ago.

You may have heard of chatbots and thought, “That’s a pretty new term. What does it mean?” Well, the truth is that the term was coined by Michael Mauldin in 1994—a computer scientist and researcher at Texas A&M University. He used the term “chatterbot” to describe a computer program that could have a conversation with a human.

And they’ve evolved a lot in recent years…

Chatbots are becoming more common and sophisticated. It’s no coincidence that the most popular chatbot, Siri, is named after a character in a classic sci-fi movie. The evolution of chatbots has all the hallmarks of a science fiction story, too. In fact, it’s just like watching humans evolve from apes: there have been many different types of bots over time (just like there were several species of early humans). but now we’re seeing some truly remarkable improvements in both how well they understand language and how useful they are to us.

These days, you can even find intelligent virtual assistants like Alexa or Cortana that are designed specifically for home use—and they’re getting smarter all the time.

…And businesses started using them to answer basic customer questions.

Chatbots are used for customer service and can provide basic information about your product or service. They can also help customers make purchases, find products or services, and schedule appointments.

Chatbots are particularly useful for websites that have a high volume of traffic. Because chatbots help reduce the number of emails you receive from customers asking questions, it frees up your time to focus on other tasks.

Most people can’t tell the difference between a chatbot conversation and a human conversation.

You’ve probably had a chatbot conversation at some point in your life. It’s likely that you didn’t even realize it — after all, most people can’t tell the difference between human and machine conversation.

That’s because chatbots are getting better at mimicking human language and behaviour. They have personalities, they adapt to context. they learn from previous conversations and make adjustments to each person’s style of speaking. When used correctly, this makes them feel more natural than ever before. — so much so that you might be surprised when you find out just how artificial they actually are.

The insurance industry was one of the first to use chatbots.

The insurance industry was one of the first to use chatbots. The general idea is that customers can ask a question about their policy, and the chatbot can answer it. For example, if you’re trying to find out how much coverage you have for your car or home, a chatbot could tell you instantly.

Chatbots can also save time for agents because they don’t have to answer basic questions anymore. They can focus on more complicated ones instead—or spend more time helping customers in other ways, like recommending them better policies based on their needs and preferences (this is known as “advice-as-a-service”).

Bots can help you order food or figure out what movie to watch next.

If you’re looking for a new way to order food, chatbots can help. If you want to figure out what movie to watch next, they can do that too. And if you’re looking for a date, chatbots might be able to help there as well. In fact, chatbots have far more uses than just ordering pizza or finding an interesting movie on Netflix. They also can help with travel plans and getting answers to questions about the latest product or service that interests you.

And bots have even helped companies detect fraud and improve cybersecurity within their organizations.

And bots have even helped companies detect fraud and improve cybersecurity within their organizations. For example, PayPal uses chatbots to proactively monitor payments for suspicious behavior and catch potential fraudulent transactions.

Similarly, the Financial Industry Regulatory Authority (FINRA) uses chatbots to detect insider trading by analyzing text messages sent between employees of brokerages. The chatbot can recognize when two people are talking about buying or selling stock based on keywords in their text messages. This is just one way that AI is being used to combat cyberattacks today. And as it continues to advance, we’ll likely see more creative applications of this technology emerge in the years ahead.

In 2017, Facebook Messenger unveiled M, a bot that can make appointments, send gifts to friends and complete tasks such as booking restaurant reservations, while also learning from users’ interactions with the bot to complete complex tasks using human assistance when necessary.

In 2017, Facebook Messenger unveiled M, a bot that can make appointments, send gifts to friends and complete tasks such as booking restaurant reservations. while also learning from users’ interactions with the bot to complete complex tasks using human assistance when necessary.

The bot is designed to learn from you based on your preferences and actions as it guides you through each task. The more you interact with M, the smarter it gets over time—so if you tell M that you like pizza after ordering one in person at a restaurant several times over the course of several weeks. then asking for pizza will be easier for both parties involved.

As of June 2018, there are 300,000 active bots on Facebook Messenger alone. The number includes chatbots that are not created for business purposes. The numbers suggest that chatbots might be the future of customer service.

These days, chatbots can also help you find love… or at least simple fun.

Chatbots are more than just a way to make your favorite brands more helpful. they can also help you find love, or at least simple fun. In today’s world of online dating, bots are becoming increasingly common as a means of connecting with potential suitors.

There are many different types of chatbots that can aid in the search for love and romance. Some are more explicit than others, but most provide an interactive platform where users can enjoy flirting with one another over text or video chat.

For example, there’s Lovely Bot (which is actually an artificial intelligence program). which allows users to share their photos and receive feedback from other users. on whether they’re attractive enough for their standards. Another option is My Virtual Boyfriend/Girlfriend which lets users choose from pre-selected personalities. like “Bruiser” or “Cuddly Bear” before chatting with them about whatever topic comes up next.

More than 2 billion people use Facebook Messenger every month as of early 2018.

The average user spends 35 minutes per day on Facebook Messenger and sends a total of 21 messages per day.

As a chatbot, you’re not doing yourself any favors by being dull. If people are going to engage with your bot, they need to be entertained (or at least not annoyed).

NLP and NLU have made it possible for chatbots like Amy or Alexa to understand the meaning of words and sentences on their own. and this is especially important because most people don’t speak in perfect grammatical sentences when they talk with others. They use idioms, slang, and colloquialisms…and sometimes those things can change from region to region.

Chatbots are more popular than ever, but they’re still in their infancy. As they become more sophisticated and able to handle complex tasks, the technology will become even more useful. We’ll be seeing an evolution of chatbot technology over time that will likely lead to a new generation of tools for businesses and consumers alike.