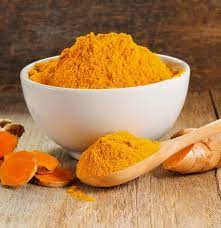 Turmeric is a bright yellow spice that has been used for centuries for both culinary and medicinal purposes. It’s most active compound, curcumin, has been studied for its potential to enhance brain function and fight memory loss. Curcumin is a powerful antioxidant and anti-inflammatory agent that may help to reduce oxidative stress in the brain and protect against age-related mental decline. In this blog post, we’ll explore how turmeric’s memory-boosting superpower, curcumin, can help normalize your brain function and improve your overall cognitive health.

Curcumin is the main active ingredient in turmeric, a popular spice used in many Asian cuisines. It’s what gives turmeric its yellow color and is believed to have powerful anti-inflammatory and antioxidant properties.

Research has shown that curcumin can help improve memory and other cognitive functions by targeting certain areas of the brain. Studies suggest that it may even protect against age-related memory loss.

Curcumin works by influencing certain pathways in the brain related to memory formation and recall. It has been shown to increase levels of certain neurotransmitters, like acetylcholine, which are responsible for communication between neurons in the brain. It also helps reduce inflammation and oxidative damage in the brain, which can impair cognitive function.

In addition to its effects on the brain, curcumin may also help reduce inflammation and oxidative stress in the body, both of which can contribute to memory loss. In one study, older adults who took curcumin supplements for a year reported an improvement in their cognitive function.

It’s important to note that more research is needed to determine the exact mechanisms by which curcumin affects the brain. However, it is clear that this natural compound can provide numerous health benefits, including the potential to improve memory and protect against age-related memory loss.

The science behind curcumin and memory

Curcumin, the active ingredient in turmeric, has been studied for its potential to protect and restore brain function. This compound has been found to be a powerful anti-inflammatory agent that helps reduce oxidative stress in the brain and body, while also improving memory. Studies have shown that curcumin can help to normalize brain function and even fight memory loss.

Curcumin works by inhibiting the production of amyloid-beta plaques in the brain. Amyloid-beta plaques are known to be a major contributor to Alzheimer’s disease, so reducing their levels may be beneficial in preventing or slowing down this condition. Curcumin also helps increase the production of neuroprotective factors like brain-derived neurotrophic factor (BDNF) which can help improve cognitive function. In addition, curcumin is known to boost levels of serotonin and dopamine, neurotransmitters that are important for cognitive functioning and emotional well-being.

In animal studies, curcumin has been found to be effective in improving spatial memory and reducing age-related memory decline. It has also been shown to be effective in reversing cognitive deficits in animal models of Alzheimer’s disease.

The anti-inflammatory properties of curcumin have also been found to be helpful in treating other neurological conditions such as depression, anxiety, and autism. Its ability to reduce oxidative stress in the brain can help protect against dementia and age-related memory decline.

Overall, the evidence suggests that curcumin is a promising supplement for boosting memory and protecting against age-related cognitive decline. As research continues to investigate its potential, it is likely that we will see more studies confirming its role in fighting memory loss and improving brain health.

How to take curcumin for memory loss

Curcumin, a natural compound found in turmeric, is a powerful antioxidant that has been used for centuries to help treat a range of illnesses. In recent years, researchers have discovered that curcumin can also help to normalize brain function and fight memory loss.

In this article, we’ll discuss how to take curcumin for memory loss. We’ll look at the research that supports its use, as well as the recommended dosage and potential side effects.

The Science Behind Curcumin for Memory Loss

A study published in the journal Frontiers in Aging Neuroscience found that curcumin improved memory and cognition in animals with dementia. It also showed that curcumin may reduce inflammation, a common contributor to cognitive decline.

Another study in mice found that curcumin reversed age-related cognitive decline. This suggests that it may be helpful in improving memory and learning in humans.

Additionally, a systematic review of clinical trials concluded that curcumin could improve mental clarity and reduce forgetfulness in adults with mild cognitive impairment.

The optimal dose of curcumin for memory loss is not yet known. However, several studies have used dosages of 500–2,000 mg of curcumin extract daily.

It is important to note that curcumin supplements can vary in quality, so it is best to purchase them from a reputable source. You should also speak to your doctor before taking any supplement, especially if you have an underlying medical condition or are taking any medications.

The most common side effects associated with taking curcumin supplements are nausea, diarrhea, and abdominal pain. Rarely, people may experience an allergic reaction to the supplement. If you experience any of these symptoms while taking curcumin, you should stop taking it and seek medical advice.

Curcumin has been found to be beneficial for memory loss in some studies. It is thought to act as an antioxidant and reduce inflammation in the brain, which may improve cognition. While the optimal dosage is not yet known, several studies have used 500–2,000 mg of curcumin extract daily. Additionally, it is important to purchase high-quality supplements from a reliable source and to speak to your doctor before taking any supplement.

Potential side effects of taking curcumin

Though curcumin is a natural substance, it can still have side effects if taken in large doses. In some cases, people who take high amounts of curcumin have reported mild stomach discomfort, nausea, and diarrhea. For most people, these symptoms are temporary and usually do not require medical attention.

It’s also important to note that curcumin may interact with certain medications, so it’s always a good idea to consult your doctor before taking any supplements. Additionally, pregnant women should avoid taking curcumin, as it could interfere with the development of their baby.

Ultimately, curcumin can be an effective supplement for improving cognitive health and fighting memory loss when taken in moderate doses. However, it’s important to consult a doctor before taking curcumin, as they can provide personalized advice on the appropriate dosage for your individual situation.