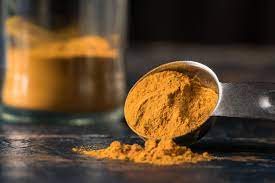 Are you one of the millions of people around the world suffering from Fibromyalgia or Chronic Fatigue Syndrome? If so, there may be hope for you yet! A recent study has found that the spice turmeric may be an effective remedy for reducing pain and fatigue associated with both Fibromyalgia and Chronic Fatigue Syndrome. In this blog post, we will discuss the findings of the study and how you can incorporate turmeric into your daily routine to experience its potential benefits.

Turmeric is a spice that has been used for centuries as a medicinal herb in Indian and Chinese cultures. It is a relative of ginger, and is known for its bright yellow color and distinct flavor. In recent years, researchers have taken an interest in the potential health benefits of turmeric, and it has become increasingly popular as an alternative remedy.

The active ingredient in turmeric is curcumin, which has been studied extensively for its anti-inflammatory and antioxidant properties. Studies have shown that curcumin may be effective in treating pain, inflammation, and other symptoms associated with conditions such as fibromyalgia and chronic fatigue syndrome.

In a recent study published in the journal Phytotherapy Research, researchers looked at the effects of turmeric on fibromyalgia pain and chronic fatigue syndrome. They found that people taking a turmeric supplement experienced a significant reduction in pain and fatigue compared to those taking a placebo. Additionally, the researchers noted that turmeric had no adverse effects on overall health or quality of life.

While more research is needed to understand the full potential of turmeric for these conditions, this study is an exciting step forward in recognizing the potential of this ancient remedy. For those looking for natural ways to manage their fibromyalgia pain or chronic fatigue syndrome, adding turmeric to your diet may be an effective way to help reduce symptoms and improve your overall health and wellbeing.

How Might Turmeric Help Relieve Symptoms of Fibromyalgia and Chronic Fatigue Syndrome?

Fibromyalgia and Chronic Fatigue Syndrome (CFS) are two chronic illnesses that can cause debilitating symptoms, including widespread body pain, fatigue, and cognitive impairment. Unfortunately, there is no known cure for either of these conditions. However, a new study has revealed that turmeric may be effective in relieving the symptoms of Fibromyalgia and Chronic Fatigue Syndrome.

Turmeric is a spice derived from the root of the turmeric plant. It has long been used in traditional Indian and Chinese medicine to treat a variety of ailments. Recently, it has been studied for its potential health benefits, including its anti-inflammatory and antioxidant properties.

The recent study was conducted by researchers at the Universitat Autònoma de Barcelona and published in the journal Evidence-Based Complementary and Alternative Medicine. The study involved 25 participants with Fibromyalgia and/or Chronic Fatigue Syndrome who took a daily supplement containing 500mg of turmeric extract for four weeks.

At the end of the study, researchers found that those who took the turmeric supplement reported significantly reduced levels of fatigue and pain compared to those who did not take the supplement. Furthermore, researchers concluded that turmeric was effective in reducing some of the symptoms associated with Fibromyalgia and Chronic Fatigue Syndrome.

While more research is needed to fully understand how turmeric can help relieve Fibromyalgia and Chronic Fatigue Syndrome, this initial study provides promising evidence that it may be an effective treatment option. If you are interested in trying turmeric for yourself, talk to your doctor about whether it is appropriate for you.

Are There Any Risks Associated with Taking Turmeric?

As with any natural remedy, there are potential risks associated with taking turmeric for fibromyalgia pain and chronic fatigue syndrome.

Turmeric may interact with certain medications and supplements, so it’s important to talk to your doctor before taking it. If you are taking any anti-inflammatory drugs, blood thinners, or diabetes medications, be sure to mention it to your doctor.

It is also important to note that turmeric may cause stomach upset, nausea, and other digestive issues. To reduce the risk of these side effects, start with a small dose and increase gradually.

It is important to remember that while turmeric is a safe supplement for most people, it is best to talk to your doctor before starting any new medication or supplement. Your doctor can help you decide if turmeric is the right choice for you.