Why You Should Be Taking Turmeric for Cold & Flu Season 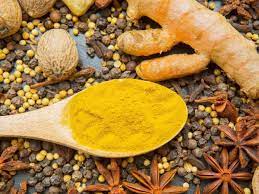 It’s that time of year again – cold and flu season. While it’s important to practice good hygiene habits to prevent these illnesses, it’s also beneficial to make sure your body is ready to fight off any germs it may come in contact with. One natural remedy you should consider taking is turmeric, an herb native to India that has been used for centuries to treat a variety of medical conditions. In this blog post, we will explore why turmeric is a great option for helping your body fight off cold and flu symptoms.

Turmeric is an Anti-Inflammatory

Turmeric is a popular spice and ancient medicinal herb. It has been used in Chinese and Indian traditional medicine for centuries due to its powerful anti-inflammatory, antioxidant, and healing properties. Turmeric is a natural remedy for many ailments, including cold and flu symptoms.

Studies have shown that turmeric can reduce inflammation in the body, which is important for fighting off viruses. Turmeric contains curcumin, a powerful anti-inflammatory compound, which helps reduce inflammation and fight off cold and flu symptoms. Curcumin also has antioxidant properties, which help protect the body from free radical damage.

In addition to its anti-inflammatory properties, turmeric can help reduce fever and improve digestion. The natural compounds found in turmeric help relieve symptoms of digestive issues such as indigestion and stomach upset.

Turmeric can be consumed in many forms – as a powder, capsules, or tea. To get the most benefits from turmeric, it’s best to buy it in its purest form. You can use it as a seasoning for your food or make a tea by adding one teaspoon of ground turmeric to one cup of hot water. Drink this tea two to three times a day to get relief from cold and flu symptoms.

Turmeric is a yellow-orange spice that has been used for centuries in traditional medicine for its medicinal properties. It has gained popularity recently as a natural remedy for cold and flu symptoms, as well as other ailments. Turmeric contains curcumin, an active compound that has powerful anti-inflammatory and antioxidant effects.

Research has found that turmeric can help reduce inflammation and oxidative stress, both of which are believed to be contributing factors in the development of cold and flu symptoms. Curcumin may also help boost the immune system and fight off bacteria and viruses. In addition, curcumin has also been linked to improved digestive health and reduced risk of cardiovascular disease.

In order to benefit from the healing properties of turmeric, you can add it to your diet in the form of supplements or powdered spice. Additionally, you can make a medicinal tea by adding a teaspoon of turmeric to a cup of hot water. Or, simply incorporate it into your daily cooking routine by adding it to your favorite dishes like soups and curries.

Whether you’re looking for relief from cold and flu symptoms or just want to improve your overall health, incorporating turmeric into your diet is an excellent way to get started. With its powerful anti-inflammatory and antioxidant properties, it’s no wonder why so many people have turned to this ancient spice for natural healing.

Turmeric is a Natural Antibiotic

Turmeric is an ancient herb that has been used for thousands of years in traditional Indian and Chinese medicine. It has many medicinal properties, including being a natural antibiotic. Research has found that the active ingredient in turmeric, curcumin, has anti-inflammatory, antiviral, and antimicrobial properties. This makes it a powerful remedy for cold and flu symptoms, as well as many other ailments.

The most common way to take turmeric is as a powder or in capsules. You can also find turmeric in various forms, such as a liquid extract, tea, paste, or even as a topical cream. The easiest way to take turmeric is to add a teaspoon of the powdered form to your favorite foods or drinks. It adds a subtle flavor and aroma and can be added to soups, curries, smoothies, and other dishes.

When taken in its natural form, turmeric is an excellent natural remedy for cold and flu symptoms. It helps reduce inflammation and soothe a sore throat, while also reducing mucus production and fighting off viruses. Additionally, turmeric contains high amounts of antioxidants which help to boost your immune system and fight off illness-causing bacteria and viruses.

If you’re looking for a natural remedy to help with cold and flu symptoms, then look no further than turmeric. With its potent anti-inflammatory properties and its ability to boost immunity, turmeric is an effective and safe option to add to your winter wellness routine.

Turmeric is an Antiviral

Turmeric is a powerful natural remedy that has been used for centuries to treat a variety of ailments, including cold and flu symptoms. The active ingredient in turmeric, curcumin, is an antiviral and antibacterial agent that helps fight off infections. It has been found to inhibit the growth of several bacteria, viruses, and fungi. Turmeric also possesses strong anti-inflammatory properties, which can help reduce inflammation in your body, as well as reduce sore throat and other cold and flu symptoms.

Turmeric contains a wide variety of powerful antioxidants, which helps to boost your immune system and fight off any invading pathogens. Furthermore, it is known to boost the production of white blood cells, helping your body better fight off the infection.

The best way to get the full benefit of turmeric is to take it as a supplement or add it to your diet. You can take turmeric in capsule form, make it into a tea, or even sprinkle it on food like soups and salads. Whichever way you choose to take it, make sure you are getting enough to reap its benefits.

Overall, turmeric is a great natural remedy for cold and flu season and can be used to help reduce the severity of symptoms. So make sure you get enough of this powerful natural remedy this season!

How to Incorporate Turmeric into Your Diet

Turmeric is an ancient spice that has been used for thousands of years for its medicinal properties. It’s a yellow-orange powder that comes from the root of the turmeric plant and has become popular in recent years for its various health benefits. Studies have shown that turmeric may help reduce inflammation, protect against certain diseases, and even have anti-aging effects. But can it help with cold & flu symptoms?

The answer is yes! Turmeric is known to possess antiviral, antimicrobial, and anti-inflammatory properties, all of which can help reduce the severity of cold & flu symptoms. Plus, turmeric can also help boost your immune system, making it easier to fight off any viral infections you might encounter.

Now that you know how beneficial turmeric can be, the next step is to incorporate it into your diet. Here are some easy ways to get more turmeric in your meals:

• Add it to your favorite smoothies or juices.

• Sprinkle some on top of salads, soups, and stews.

• Use it as a seasoning for roasted vegetables.

• Create a delicious turmeric-infused tonic by combining equal parts of ginger and turmeric in boiling water.

By incorporating turmeric into your diet, you’ll be able to reap the many benefits it has to offer. So don’t let cold & flu season put a damper on your health – use turmeric to stay healthy this season!