The Amazing Power of Curcumin: Could This Spice Hold the Key to Cancer Treatment? 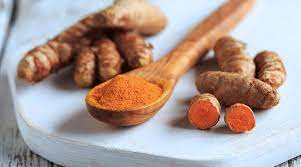 Curcumin, a compound found in the popular spice turmeric, has long been used in traditional Indian and Chinese medicine for its medicinal properties. However, its potential to treat cancer has only recently been explored. Recent research suggests that curcumin can have a powerful effect on cancer cells, potentially killing them or preventing them from growing. In this blog post, we’ll explore the amazing power of curcumin and the exciting possibilities that it could hold for treating cancer.

Curcumin is a spice derived from turmeric, a yellow-colored powder commonly used in Indian and Southeast Asian cuisine. It has been used for centuries as a natural remedy for a variety of ailments, and more recently, has been studied for its potential to help fight cancer. Curcumin is known for its antioxidant properties and is thought to be able to block the growth and spread of cancer cells by targeting and destroying them.

The exact mechanism behind how curcumin kills cancer cells is still being studied, but researchers believe it may work in two ways. First, it is thought that curcumin can induce apoptosis (cell death) in cancer cells. It is believed that curcumin acts on the enzymes and proteins within cancer cells that control cell division and death, causing the cells to self-destruct. The second proposed mechanism is through the inhibition of inflammation. Curcumin is thought to be able to reduce inflammation, which is associated with an increased risk of developing cancer.

Despite the potential anti-cancer benefits of curcumin, more research needs to be done before it can be recommended as a treatment for cancer. Until then, including curcumin in your diet may be beneficial as part of an overall health regimen.

What are the benefits of curcumin?

Curcumin is a compound found in the spice turmeric, and it has been making headlines recently as a possible cancer treatment. Studies suggest that curcumin may have anti-cancer properties, and many people are wondering if it could be used to help fight cancer.

So, what makes curcumin so special? For starters, it has powerful anti-inflammatory and antioxidant properties, which can help protect cells from damage and reduce inflammation. It also has been shown to help boost the immune system, by increasing the production of natural killer cells, which are important for fighting infections and cancer.

Perhaps most importantly, curcumin has been found to inhibit the growth of certain types of cancer cells. In one study, researchers found that curcumin was able to stop the spread of cancer cells in a laboratory setting. It’s still too early to tell whether or not it could be used to treat cancer in humans, but the results of this study are very promising.

At this point, there is still much research that needs to be done to understand the full potential of curcumin as a cancer treatment. However, the current evidence suggests that it may be a promising option for those looking to fight cancer naturally.

How does curcumin kill cancer cells?

Curcumin is an active compound found in turmeric that has been used for centuries as a traditional remedy for a variety of ailments. More recently, scientific studies have revealed that this natural remedy may possess the power to fight cancer cells. But how does curcumin kill cancer cells?

Studies suggest that curcumin works by inducing apoptosis, or cell death, in cancer cells. The active ingredient in turmeric is thought to be responsible for this effect due to its ability to inhibit certain enzymes and proteins involved in cell division. This inhibition of cell division reduces the ability of cancer cells to divide and spread throughout the body, leading to their death.

In addition to inducing apoptosis in cancer cells, curcumin also appears to help prevent cancer formation. This is done through its antioxidant properties, which can help protect the body from damage caused by free radicals. Free radicals are unstable molecules that can lead to cell damage, which can eventually lead to cancer formation.

It’s important to note, however, that curcumin is not a replacement for traditional cancer treatments like chemotherapy and radiation. Rather, it should be seen as a supplement to traditional treatments, helping to reduce the side effects associated with these treatments and potentially helping to prevent cancer recurrence.

Overall, research suggests that curcumin may be an effective tool for fighting cancer cells. While more research is needed, preliminary studies have indicated that this natural compound could potentially provide a powerful supplement to traditional treatments, helping to reduce side effects and possibly even prevent cancer recurrence.

What does the research say about curcumin and cancer treatment?

Curcumin is the active ingredient in turmeric, a spice commonly used in curry dishes. In recent years, studies have shown that curcumin may have potential anti-cancer properties. Several research studies have been conducted to examine the effects of curcumin on cancer cells in both lab and animal studies.

Another study conducted at the Institute for Basic Medical Sciences at the University of South Florida studied the effects of curcumin on breast cancer cells. This study found that curcumin was able to induce apoptosis (cell death) in the breast cancer cells. It also inhibited the proliferation of the cells, which could lead to a decrease in tumor size and spread.

How can I include curcumin in my diet?

Curcumin, the active ingredient in the spice turmeric, has been gaining attention for its potential anti-cancer properties. It’s been found to have a powerful ability to kill cancer cells and inhibit tumor growth. But what does this mean for you? How can you include curcumin in your diet to reap the health benefits it offers?

The first way is to cook with turmeric. This yellow-orange spice is widely available in grocery stores and adds a unique flavor to your favorite dishes. In fact, many traditional Indian dishes incorporate turmeric as an essential ingredient. You can also add turmeric to your smoothies or even make a simple tea by simmering it in hot water.

You can also take a curcumin supplement. There are many brands that provide high-quality supplements made from turmeric extract. Make sure to read the labels carefully to ensure that you’re getting the purest form of curcumin available.

Finally, there are several ways to prepare foods that incorporate curcumin’s health benefits. For example, try roasting vegetables in a combination of olive oil and turmeric for a flavorful side dish. You could also make a delicious curry by adding some fresh turmeric and other spices like cumin and coriander.

By incorporating more curcumin into your diet, you’ll not only be reaping its potential anti-cancer benefits, but you’ll also be introducing a delicious flavor to your meals. So, why not give it a try?