Neuroprotection Against Parkinson’s Disease: The Power of Curcumin 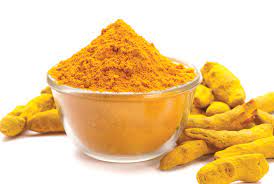 Parkinson’s disease is a debilitating neurological disorder that affects millions of people around the world. But there may be hope in the form of curcumin, a powerful compound found in the spice turmeric. Studies have suggested that curcumin has strong neuroprotective properties that could potentially be used to treat Parkinson’s disease. In this blog post, we’ll take a look at how curcumin might be able to protect against the damage caused by Parkinson’s disease, and why it might be a valuable tool in fighting the disease.

What is Parkinson’s disease?

Parkinson’s disease (PD) is a neurodegenerative disorder that affects the motor system, causing a range of physical and cognitive symptoms. Characterized by tremors, slow movement, and difficulty with coordination and balance, PD is estimated to affect nearly one million people in the United States. The disease is caused by the death of nerve cells in the part of the brain called the substantia nigra, which plays an important role in movement. While there is currently no cure for PD, medical treatments aim to improve the quality of life for those living with the disease.

Recent research has demonstrated that curcumin, a compound found in turmeric, may have neuroprotective properties that could be beneficial in treating PD. Curcumin has anti-inflammatory and antioxidant properties that could potentially help protect nerve cells from damage. Studies have also shown that it may be able to help regulate neurotransmitters involved in controlling movement and reduce the buildup of a toxic protein associated with PD.

In short, curcumin may be a promising natural treatment for Parkinson’s disease. As researchers continue to explore its potential, more information about its effectiveness in managing the symptoms of PD will become available.

The role of inflammation in PD

Inflammation has been recognized as a major factor in the development of Parkinson’s Disease (PD). The mechanism behind the link between inflammation and PD is complex and not fully understood, but the evidence is clear that the two are linked. Recent research suggests that chronic inflammation can play an important role in the progression of PD.

Researchers have identified several possible causes for inflammation in PD, including oxidative stress, environmental toxins, and aging. Oxidative stress occurs when there is an imbalance between free radicals and antioxidants in the body. Free radicals are highly reactive molecules that can damage cells, while antioxidants help to counteract their effects.

Curcumin, a compound found in the spice turmeric, has long been known to possess anti-inflammatory properties. This makes it an attractive option for treating PD, as it may be able to reduce inflammation and help slow or prevent the disease’s progression.

Research has shown that curcumin can reduce levels of pro-inflammatory cytokines such as TNF-α, IL-1β, and IL-6. In addition, curcumin has been found to inhibit the activation of NF-kB, a transcription factor involved in inflammation. It can also reduce the production of nitric oxide, which is another factor known to play a role in inflammation.

Given its powerful anti-inflammatory properties, curcumin may offer neuroprotection against Parkinson’s Disease. Further studies are needed to determine its exact mechanism of action and whether it can be used as an effective treatment for PD.

Curcumin and its anti-inflammatory properties

Parkinson’s Disease is a progressive, degenerative neurological disorder that affects motor control and can cause tremors, rigidity, difficulty in movement, and impaired coordination. As there is no known cure for Parkinson’s Disease, treatments are focused on managing the symptoms and delaying the progression of the disease.

Curcumin, the active compound found in turmeric, has been studied for its potential neuroprotective properties in treating Parkinson’s Disease. It has been found to possess a wide range of biological activities, including antioxidant and anti-inflammatory properties, which may be beneficial in preventing and treating neurological disorders.

Studies suggest that curcumin’s anti-inflammatory effects can help protect nerve cells from the damaging effects of inflammation that occur in Parkinson’s Disease. It has been shown to reduce the production of inflammatory molecules like nitric oxide and cytokines, and to increase levels of glutathione, an important antioxidant.

In animal studies, curcumin has been shown to reduce oxidative stress, improve motor function, reduce inflammation, and protect against nerve cell damage. It also has been shown to reduce the accumulation of misfolded proteins linked to Parkinson’s Disease. These promising findings indicate that curcumin may be a useful treatment for Parkinson’s Disease and other neurological disorders.

While more research is needed to confirm the protective effects of curcumin on the brain, it is clear that its anti-inflammatory properties could potentially be beneficial for those with Parkinson’s Disease. If you are considering using curcumin to manage your Parkinson’s Disease symptoms, be sure to speak with your doctor first.

Parkinson’s disease is a neurodegenerative disorder that affects the brain, resulting in a loss of motor control. The progressive nature of the disease makes it difficult to treat, and current treatments are often inadequate. However, there may be hope in the form of curcumin, a polyphenol found in turmeric. Curcumin has been shown to have potent neuroprotective properties that can help protect against the damaging effects of Parkinson’s disease.

Studies have demonstrated that curcumin can reduce oxidative damage and inflammation in the brain, both of which are believed to play a role in the progression of Parkinson’s disease. Additionally, curcumin has been shown to inhibit the aggregation of alpha-synuclein, a protein believed to be responsible for some of the neurological degeneration caused by the disease.

Overall, studies have shown that curcumin can be an effective neuroprotectant in the treatment of Parkinson’s disease. It is important to note that curcumin should not be seen as a replacement for traditional treatments for the condition, but rather as an additional tool that can help protect against further neurological damage. If you or someone you know is living with Parkinson’s disease, it is worth discussing with your doctor if incorporating curcumin into your diet may be beneficial.