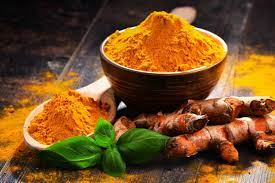 Turmeric is a popular spice that comes from the turmeric root. It’s been used in Eastern medicine for thousands of years, and more recently, researchers have started to explore its potential benefits in Western medicine. Turmeric has anti-inflammatory properties and may also help prevent heart disease and cancer. However, there are some risks associated with taking too much turmeric in supplement form or using it as an ingredient in food products. In this article we look at what research says about whether taking turmeric supplements can reduce inflammation and offer other health benefits

Turmeric is a spice that’s used in Indian cuisine and also has some medicinal properties. It’s a member of the ginger family, and comes from the root of a plant called Curcuma longa.

Turmeric can be found in two main forms: dried powder or fresh roots. Turmeric may be sold as turmeric root, but it can also be purchased as an extract (or tincture), which is made by soaking turmeric in alcohol or water. The resulting liquid is concentrated with curcuminoids—the active compounds found within turmerics—and then strained out so that only the extract remains at full strength.

The active compound in turmeric is curcumin, which is believed to reduce inflammation. You may have heard of turmeric before if you use natural remedies or even make your own skin care products.

In fact, this root has been used for centuries as a medicinal herb in traditional Indian medicine systems. While there isn’t enough scientific evidence to say how effective it really is at treating specific conditions, its anti-inflammatory benefits make it seem like it could help with symptoms associated with various diseases and conditions that cause chronic inflammation.

Turmeric is only one piece of the puzzle

Turmeric is a potent antioxidant, but it’s not the only one. If you’re taking turmeric to try to reduce inflammation, you’re missing out on its full benefits. You’re also missing out on other natural antioxidants that can help with inflammation. For example, vitamin C and beta-carotene are both powerful antioxidants that have been shown to fight chronic inflammation in the body (and they’re both found in foods). Studies have even shown that eating foods rich in these nutrients can lower your risk of developing cardiovascular disease (which is linked to chronic inflammation). So instead of swallowing capsules full of turmeric, get your daily dose by eating fruits like oranges or sweet potatoes as well as vegetables like broccoli or kale. Turmeric won’t hurt though—just don’t expect it do all of the work for you!

How much turmeric should you take to reduce inflammation?

The recommended dose is 400mg of curcumin daily. This amount can be taken in one or two doses, but it’s important to take it consistently and not just when you feel pain flare up.

It’s best to take turmeric with a meal that has fat in it, as this helps the body absorb it better. An example would be half an avocado with some organic chicken breast on top, or a small handful of nuts and seeds mixed into your morning oatmeal (try our Turmeric Gingerbread Oatmeal). If you don’t like eating fats at breakfast time, try adding coconut oil to your tea; this will help prevent inflammation throughout your entire body all day long!

As far as how long you should continue taking turmeric for inflammation—it really depends on what works for your body! If you notice that taking too much makes things worse (such as increased joint pain), reduce the amount until symptoms subside again. However if taking less doesn’t improve anything – try increasing amounts until they reach optimal levels (e.g., 2 tsp per day). That being said – keep in mind that some people may experience side effects such as diarrhea while others do not experience any side effects at all!

Who should avoid taking turmeric supplements?

If you have any of the following conditions, you should avoid taking turmeric supplements:

Allergic to turmeric. If you’re allergic to turmeric, it’s probably best to avoid eating it altogether (so don’t add it to your soups and curries!). Turmeric is part of a family of spices called “mustard” spices—it belongs in the same category as mustard greens, cumin seeds and fenugreek seeds. Even if you don’t have an allergy, these foods may irritate your stomach if taken regularly over time.

Taking blood thinners such as coumadin (warfarin). Turmeric could interact with these medications and cause bleeding complications or unwanted side effects like bruising easily or excessive nosebleeds.

Turmeric shows promise in scientific studies, but you should talk to your doctor before starting a regimen.

Turmeric has shown promise in scientific studies, but you should talk to your doctor before starting a regimen. It’s possible that turmeric can interact with other medications. It may also cause stomach upset in some people.

Turmeric is safe for the vast majority of people, but it can be toxic to the liver in high doses and should not be taken by pregnant women or breastfeeding mothers (because it passes through breast milk).

There’s no question that turmeric is a powerful ingredient, and there are plenty of scientific studies backing its benefits. But it’s important to understand that this spice is just one piece of the puzzle. And if you’re trying to manage inflammation, you should talk with your doctor before starting any supplement regimen.