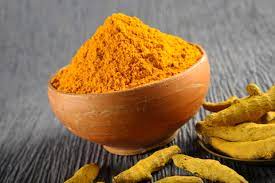 We’ve all heard about the potential health benefits of curcumin, the active ingredient in turmeric. But what about its impact on cholesterol levels? Does it really have the power to reduce bad cholesterol, or is it all hype? In this blog post, we’ll take a closer look at the science-backed answer to the question: Does curcumin lower cholesterol levels? We’ll discuss the latest studies and explain how curcumin may help with lipid management. Keep reading to find out the truth about curcumin and lipids.

Curcumin is an active ingredient in turmeric, a spice that is widely used in Indian cuisine. It has been linked to a variety of health benefits, including its potential ability to lower cholesterol levels. Curcumin has powerful antioxidant and anti-inflammatory properties, which may help reduce inflammation in the body and thereby lower cholesterol.

This article will look at the scientific evidence behind curcumin and its potential to lower cholesterol levels. We will discuss what the research says and how this could potentially benefit your health.

Another study looked at the effects of curcumin supplementation on patients with metabolic syndrome and found that it was able to significantly reduce total cholesterol, LDL cholesterol, and triglyceride levels. The study also noted that curcumin was safe and well-tolerated by the participants.

The research suggests that curcumin may have the potential to reduce cholesterol levels in humans. However, more research is needed to confirm this. Until then, you may want to talk to your doctor before adding curcumin to your diet, as it could interact with certain medications or existing health conditions.

What does the research say?

When it comes to natural supplements, curcumin has become a popular option for lowering cholesterol levels. But does the research back up this claim? Let’s take a look at what the science has to say about curcumin and its effect on cholesterol levels.

In addition, a 12-week study found that taking 2 grams of curcumin daily significantly decreased total cholesterol and LDL cholesterol compared to placebo. It also increased HDL cholesterol in participants with low HDL levels at the start of the study.

However, the researchers noted that there are still some limitations in the current evidence. For example, most studies have been relatively small, and many have not been conducted for long enough periods of time.

Overall, research suggests that taking curcumin may be beneficial for cholesterol levels. However, more research is needed to better understand the effects of curcumin on lipids.

How does curcumin work?

Curcumin, a natural plant extract that is found in turmeric, has been long-touted for its health benefits. One of the most commonly reported benefits is its ability to reduce cholesterol levels, but does curcumin actually have any effect on cholesterol levels?

So how does curcumin work to lower cholesterol? Curcumin contains certain compounds known as polyphenols, which act as powerful antioxidants. These antioxidants help to protect the cells in the body from oxidative stress, which can cause damage to cells. They also help to reduce inflammation, which can lead to higher levels of bad cholesterol in the blood.

In addition, curcumin can inhibit the production of cholesterol in the liver by blocking an enzyme called HMG-CoA reductase. This enzyme helps the liver to produce more cholesterol than it needs, so blocking it can help to reduce overall cholesterol levels.

Finally, curcumin has also been found to boost levels of HDL or good cholesterol in the body. It does this by activating the enzyme lecithin-cholesterol acyltransferase (LCAT), which helps convert low-density lipoproteins (LDL) into HDL.

Overall, there is strong evidence to suggest that curcumin can have a positive effect on cholesterol levels. By reducing bad cholesterol, increasing good cholesterol and inhibiting the production of cholesterol in the liver, curcumin may be an effective tool for reducing your risk of cardiovascular disease.

Are there any side effects?

When it comes to curcumin and its potential to lower cholesterol levels, there are many scientific studies that support the benefits. That being said, it is important to note that as with any supplement or medicinal treatment, there are also potential side effects that you should be aware of.

The most common side effect associated with curcumin is mild gastrointestinal upset. This may include abdominal discomfort, bloating, nausea, and diarrhea. If you experience any of these symptoms while taking curcumin, it is recommended that you speak with your doctor to determine the best course of action. Additionally, some people may experience an allergic reaction to curcumin, so it is important to take caution if you have any known allergies.

Overall, curcumin has been widely studied for its ability to lower cholesterol levels and is generally considered safe. However, it is always best to consult your doctor before taking any supplement or medicine to ensure your safety.

How do I take curcumin?

Taking curcumin is easy and straightforward. You can get curcumin supplements in pill form, as a powder, or as a liquid extract. Additionally, some dietary sources of curcumin exist, such as turmeric.

When it comes to dosage, it can vary depending on your individual needs and your doctor’s recommendations. The general dosage range for curcumin is between 500–2,000 mg per day. However, you should always consult your doctor before taking any supplement to make sure it’s right for you.

If you opt for the powdered form of curcumin, it can be added to food or beverages for easy consumption. For the pill form, it’s recommended that you take it with meals or snacks to improve absorption. As for the liquid extract form, it’s generally taken 1–2 times daily or as directed by your healthcare provider.

It’s also important to note that taking curcumin along with certain other substances such as black pepper, ginger, and coconut oil can help increase its bioavailability. To maximize its effects, you should consider adding these substances to your diet as well.

Overall, taking curcumin is a safe and natural way to potentially lower your cholesterol levels. However, it’s still important to follow your doctor’s instructions when taking any kind of supplement and to talk to them if you experience any side effects.

When looking to add curcumin to your diet, it’s important to note that not all curcumin products are created equal. Be sure to select a product that has been tested for its potency and absorption. Additionally, supplementing with a fat-soluble form of curcumin may be necessary to experience the full benefits of this powerful compound.