Curcumin and Your Immune System: The spice that could boost your immunity this winter 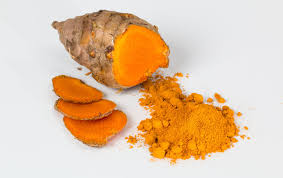 Are you looking for a natural way to boost your immune system this winter? Curcumin, a spice commonly found in the Indian spice blend, turmeric, could be the answer. In recent years, it has gained attention for its powerful antioxidant and anti-inflammatory effects, which have been shown to have positive effects on the immune system. In this blog post, we’ll discuss the potential benefits of curcumin for immune system support, and how it could help keep you healthy during the colder months.

Curcumin is a yellowish-orange spice commonly found in the Indian cuisine known as curry. It has also been used for centuries in traditional Chinese and Ayurvedic medicine to treat a variety of ailments, including inflammation, digestive problems, and skin conditions.

So how does curcumin work? Curcumin is a powerful antioxidant that has been found to scavenge free radicals, reducing inflammation and oxidative stress. It also helps activate certain immune cells like macrophages, B-cells, and T-cells, which help fight off pathogens and protect your body from illnesses.

In short, curcumin may be an effective way to boost your immunity and protect yourself this winter season. Try incorporating curcumin into your diet with turmeric-based dishes or add it to smoothies and salads to reap the benefits.

How does curcumin work?

Curcumin, the active ingredient in turmeric, has been a staple in many traditional Ayurvedic and Chinese medicines for centuries. It is widely believed to have anti-inflammatory and antioxidant properties, as well as being linked to better brain health. But more recently, curcumin has also been touted as an immune system booster.

So, does curcumin really have the power to boost your immunity? In short, the answer is yes – but there is still much to learn about how this ancient spice works its magic.

It’s important to note that the majority of research on curcumin has been conducted on animals or in the lab. However, human trials are beginning to emerge and the evidence is beginning to look promising.

Finally, curcumin appears to have antioxidant properties, meaning it can help protect against cell damage caused by free radicals. Free radical damage can weaken the immune system and make it more vulnerable to infection and disease. By fighting off these harmful particles, curcumin may help support your immune system.

All in all, the evidence is beginning to show that curcumin could indeed boost your immune system. However, more research is needed before we can definitively say that curcumin can be used as an effective immune system booster. In the meantime, adding a teaspoon of turmeric to your meals is a great way to enjoy its unique flavor and potential benefits!

What are the benefits of curcumin for immune system support?

As winter approaches and the days get shorter, it’s important to do all we can to support our immune systems. One of the best ways to do this is by taking advantage of natural health solutions such as curcumin. Curcumin is the active ingredient in turmeric, an ancient spice used for thousands of years for its medicinal properties. As more research is conducted into its effects on the human body, it’s becoming clear that curcumin can have a profound effect on our immune systems.

Curcumin has powerful antioxidant and anti-inflammatory properties that are thought to help boost immunity. It has been shown to reduce inflammation in the body and improve the body’s response to infection. In addition, research has found that curcumin can stimulate white blood cells and increase their ability to fight off infection.

In addition to its potential to boost immunity, curcumin is thought to be beneficial for a variety of other conditions including diabetes, arthritis, and cancer. As such, many people turn to curcumin for its wide range of health benefits. Curcumin supplements are widely available and can be taken in capsule form or added to food.

So if you’re looking for a way to naturally boost your immune system this winter, consider adding some curcumin to your diet. The anti-inflammatory and antioxidant properties of curcumin may help you stay healthy this winter and beyond.

Are there any side effects of curcumin?

Curcumin, a natural substance found in turmeric, has become increasingly popular for its purported health benefits. Its main active ingredient, curcuminoids, have been used in traditional medicine for centuries to reduce inflammation and provide other therapeutic benefits. In more recent times, research has suggested that curcumin may also be beneficial for supporting a healthy immune system.

However, it’s important to understand that curcumin is not a miracle cure-all and that it’s not without potential side effects. As with any supplement or medication, it’s essential to consult with your doctor before taking it.

Some of the potential side effects of curcumin include:

• Gastrointestinal distress: Curcumin may cause digestive discomfort such as nausea, stomach pain and bloating.

• Allergic reactions: Some people are allergic to turmeric or curcumin. If you experience any allergic reaction symptoms, stop using the supplement and consult your doctor.

• Skin irritation: Some people may experience skin irritation when taking curcumin. This is usually due to an allergic reaction but can also be caused by prolonged contact with the skin.

Overall, curcumin appears to be a safe supplement to take for boosting your immunity, especially when taken in moderate doses. However, it’s important to speak to your doctor before beginning any new supplement regimen, especially if you’re taking medications or have an underlying medical condition.

How do I take curcumin?

When it comes to boosting your immune system, curcumin has been gaining attention lately. Curcumin is an active ingredient in turmeric, and is believed to have many health benefits. But does it really boost your immunity? Let’s take a closer look at how curcumin can help your immune system.

So how do you go about taking curcumin? Fortunately, there are a few easy ways to get the most out of this powerful spice. Here are some tips on how to incorporate curcumin into your daily diet:

• Use turmeric in your cooking: Incorporating turmeric into your cooking can be an easy way to add more curcumin to your diet. Add it to stews, soups, curries and smoothies for added flavor and nutrition.

• Make turmeric tea: To make turmeric tea, combine 1 teaspoon of ground turmeric, 1 cup of boiling water and 1 teaspoon of honey. Mix until the turmeric is completely dissolved, then steep for 10 minutes before drinking. You can also add a pinch of black pepper to increase the bioavailability of the curcumin.

• Add turmeric to milk: Turmeric milk has become popular among health enthusiasts as an immunity booster. To make turmeric milk, heat 1 cup of milk with 1 teaspoon of turmeric powder and 1 teaspoon of honey. Stir until combined and drink warm.

Although there is no scientific evidence to prove that curcumin boosts immunity, it has been used as an Ayurvedic remedy for centuries. So if you’re looking for an easy way to give your immune system a boost this winter, try adding a little more curcumin to your diet!

The bottom line is that while research is still in its early stages, there is some promising evidence that suggests curcumin may provide immune system support and help to boost immunity. The antioxidant, anti-inflammatory and immunomodulatory properties of curcumin suggest that it could help to improve immune function, reduce inflammation and fight off infection. For those looking to stay healthy during the colder months, incorporating curcumin into their diet may be a beneficial option. However, it is important to note that more studies are needed to further investigate the effects of curcumin on the immune system.